A first for Marathi showbiz: Sonalee's wedding to drop as documentary on OTT

Marathi actress Sonalee Kulkarni's much loved wedding is set to take the form of a documentary. This will be the first time in the history of Marathi entertainment that the wedding ceremony of a celebrity will be showcased to the audience. 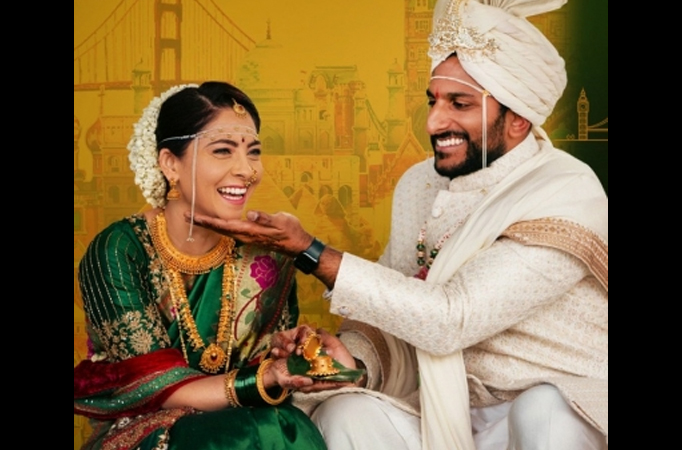 MUMBAI: Marathi actress Sonalee Kulkarni's much loved wedding is set to take the form of a documentary. This will be the first time in the history of Marathi entertainment that the wedding ceremony of a celebrity will be showcased to the audience.

Sonalee, who is known for her roles in 'Natarang', 'Ajintha' and 'Jhimma', tied the knot with the UK-based finance professional Kunal Benodekar on May 7, 2021 in London.

The couple had a registry marriage on May 7 and later tied the knot again following traditional Maharashtrian and Christian rituals on their first wedding anniversary on May 7, 2022, in the presence of their respective families.

The wedding was a hush-hush affair which was announced only post-event with a few pictures on social media. The fans' curiosity levels hit the roof as they did not get a chance to know or see more about the wedding.

Expressing her excitement, Sonalee said in a statement: "Kunal and I want to share this memorable day of our lives with our fans and well-wishers. I was humbled by the congratulatory messages that flooded in and felt it was only right that we shared this experience with people who have made me who I am today."

Through the audio-visual special, viewers will get to see the ups and downs which lead to the wedding and interesting inside stories.

Viewers can watch how the family who could not attend the registered marriage, had problems reaching the wedding destination too. The photos which hinted at a 'white wedding', the secret behind it will also be out.

The rights to the actress's wedding have been bagged by OTT platform Planet Marathi OTT.

The actress further mentioned: "There is no better partner than the Planet Marathi OTT team and Akshay, who while being great storytellers, understand the emotional value attached to any concept. I am thrilled to see my audiences attend our wedding on screen!"

The documentary, titled 'Sonalee, Kunal: A Wedding Story', will drop on Planet Marathi OTT on August 11, 2022.

Top Stories
Spoiler Alert! Rabb Se Hai Dua: Raahat in a major dilemma
MUMBAI :Rab Se Hai Dua by Zee Tv, produced by Prateek Sharma is about a Haider and Dua, who play husband and wife. But...
Exclusive! Haresh Sharma roped in for Atrangii TV’s Baghin
MUMBAI :TellyChakkar is back with an exciting update from the world of entertainment.We have constantly been at the...
Spoiler Alert! Teri Meri Doriyaann: Garry traps Seerat falsely portraying himself to be rich
MUMBAI: Star Plus’ newly launched show ‘Teri Meri Doriyaann’ by Cockrow and Shaika Films, has started on a very...
Exclusive! Benaf Dadachandji roped in for Sony TV’s upcoming show Chhalaang Sapno Ki
MUMBAI :Many new shows are in the pipeline and will soon go on floors. Some are all set for launches in the coming days...
Spoiler Alert! Aashao Ka Savera, Dheere Dheere Se: Raghav sees Bhavna dance with Aarav’s binoculars and begins falling for her
MUMBAI :Star Bharat recently launched another show titled Aashao Ka Savera...Dheere Dheere Se, which is produced by...
Spoiler Alert! Kundali Bhagya: Prithvi makes a deal with Anjali to save Sherlyn
MUMBAI: Zee TV’s show Kundali Bhagya is produced by Balaji Telefilms. It stars Dheeraj Dhoopar and Shraddha Arya and is...
Recent Stories 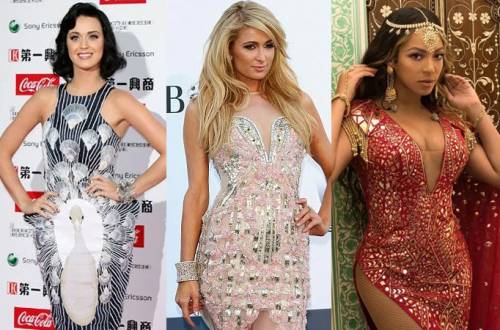